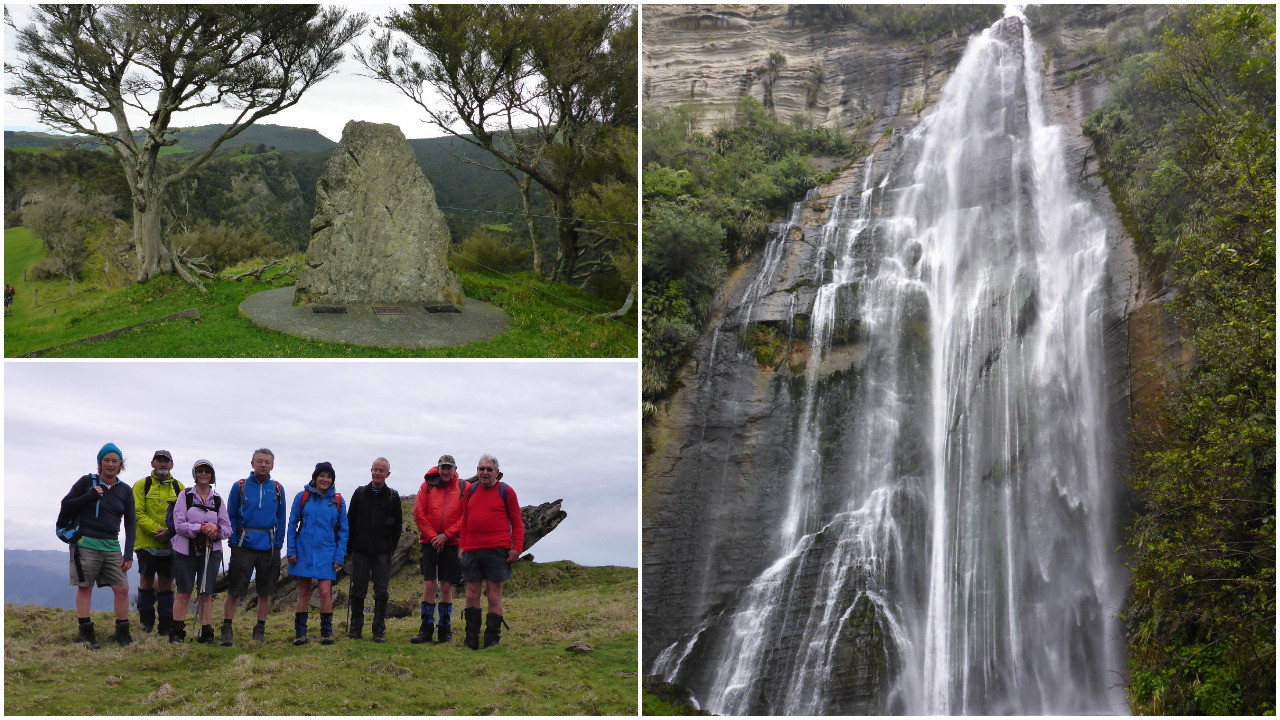 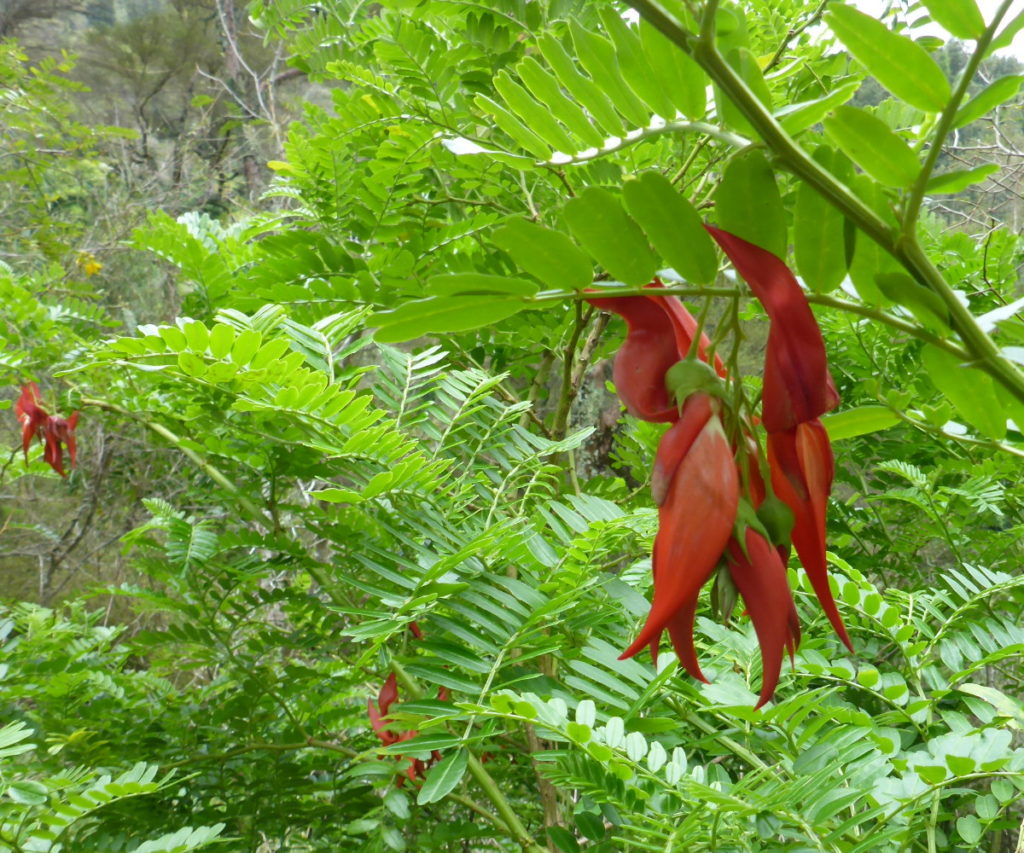 The weather forecast was once again not good: showers turning to rain in the afternoon, so it was decided to do the trip in reverse.

The majority of the group left the van on the corner of Pohokura Rd just above the entrance to Bell Rock. Paul and Vic drove it round to Shine Falls car park where we joined them for lunch. A short steep climb up over farmland took us to the highest point of the day. Here a trig stands on one of many rock formations that look out over the Mohaka valley.

Being a dull day, it was hard to pick out distant views, but we spent some time pointing out closer points of interest. We wandered along the tops through rocks and past the small tarn, stopping for morning tea just out of the cool breeze but still with a view down over Te Rangi Farm and the scrubby face we had to find our way through.

We arrived at the “deer sheds” by a different route than usual and after checking out the Mrs Beatrice Somerville Heays monument, made our way down past the airstrip, down the driveway and onto Heays Access road. An early lunch at the Shine Fall’s shelter, then several of the party went back with the van to the Boundary Stream car park. 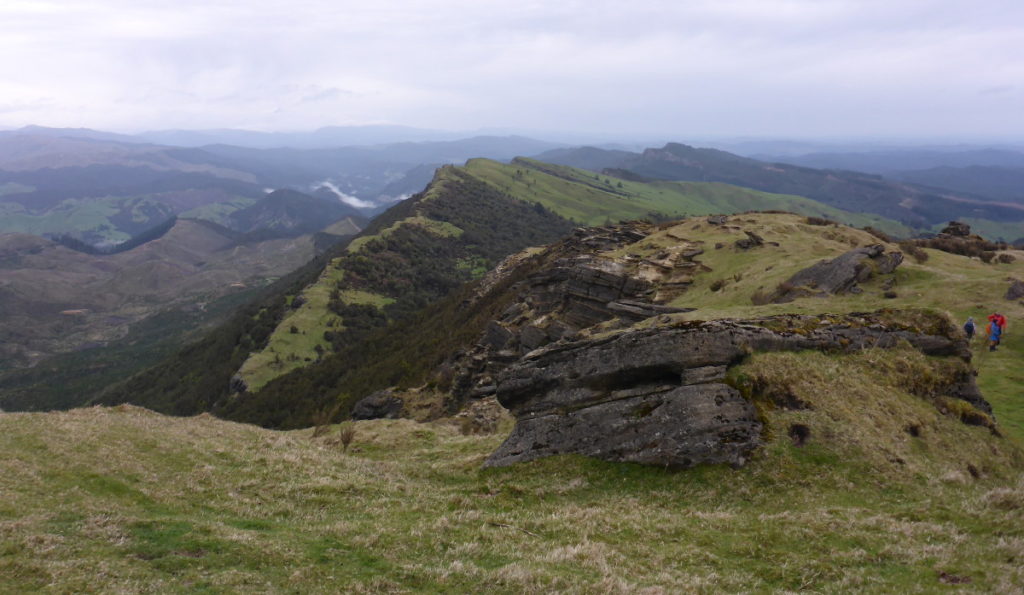 The view north from the trig

Six members then made the three-hour trip up to the southern end of the walkway. We passed the only surviving kakabeak which the club planted, looking a picture in full flower on the Shine Falls track, and the falls had plenty of water spilling over. A steady climb takes you to above the falls, then a good track making for an uneventful trip to the car park. It was remarkable how many young rewarewa seedlings there were; the bush looked healthy and lush. 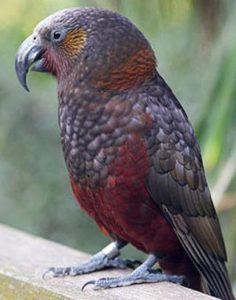 At the shelter, six young kaka are being kept, due to be released in couple of weeks, so beautiful close up and hopefully they’ll boost the ones already in the reserve.

There had still been none of the forecast rain, so it was a dry, happy team that made their way back to Napier after a good day out.

Our thanks to the two farmers for giving us permission to cross their land.