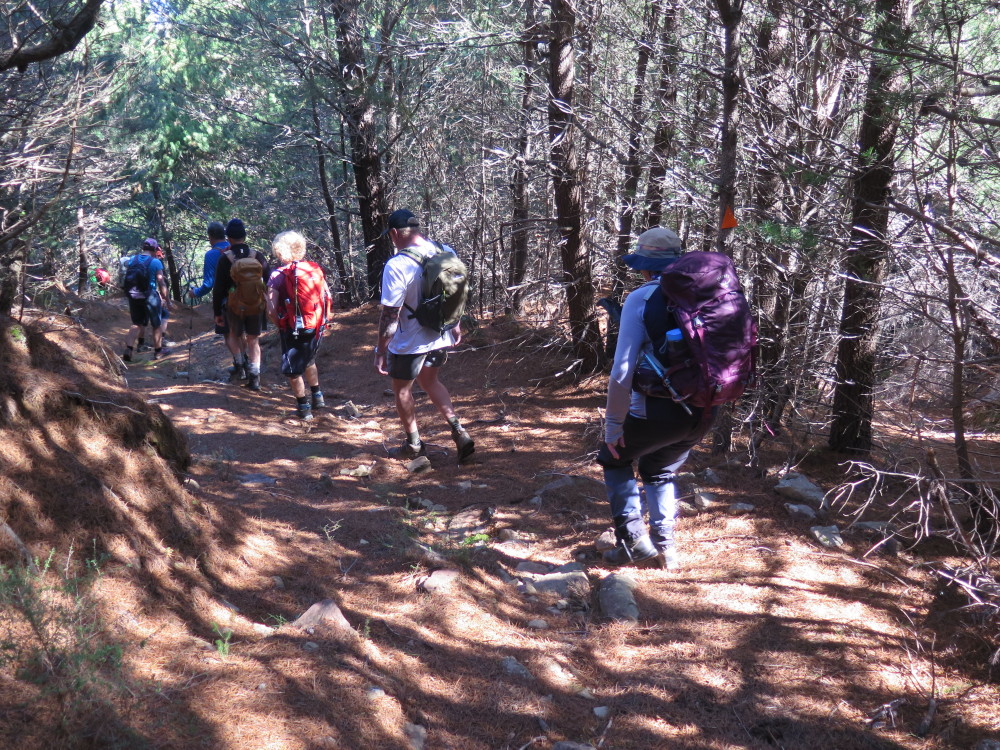 Our 18-strong group had planned to walk the Rogue Ridge, Kaiarahi, Mackintosh Hut circuit at the southern end of the Kaweka Range. This is a reasonably demanding tramp, requiring favourable conditions on the exposed tops.

The weather forecast was very favourable with wind speed picking up only later in the day. However, on the drive towards Kuripapango on the Taihape Road, the wind was very strong and blustery. By the time we reached the Mackintosh car park for the anti-clockwise walk to Lakes car park, most of us were convinced a climb to the top was not a good idea. We settled for doing the low walk. 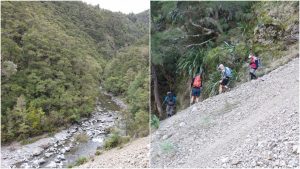 As we descended from the car park to the swing bridge over the Tutaekuri River, we had tantalising glimpses of Kaiarahi high and proud out to our left, with a dusting of snow. But today it was not our target. Ted walked with us for most of the way to Mackintosh and then returned. He drove a car to the Lakes car park, joining two others who also shuttled one of the five cars from the convoy.

The weather was pleasant. The air was cool but the sun shined and we were sheltered in the bush from the wind. Our stop at Mackintosh was lingering. It was going to be a not-in-a-hurry sort of day. 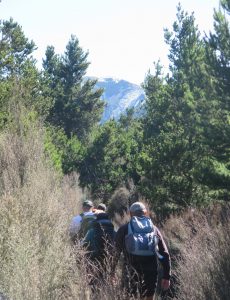 The kanuka amongst the wilding pine

We walked on, more or less as a large group with a few stops to re-congregate and found a nice spot in the sun for lunch. This area of the Kawekas has large areas of wilding pine taking over the landscape. You could be forgiven for thinking we were walking in the Canadian wild. Sadly, there is very little bird life.

We reached the Lakes car park later in the afternoon, feeling satisfied with having had a good social day with a bit of exercise thrown in.

Thanks to Amber, Matthew E, John Burrell, Margaret and Bruce for providing cars.