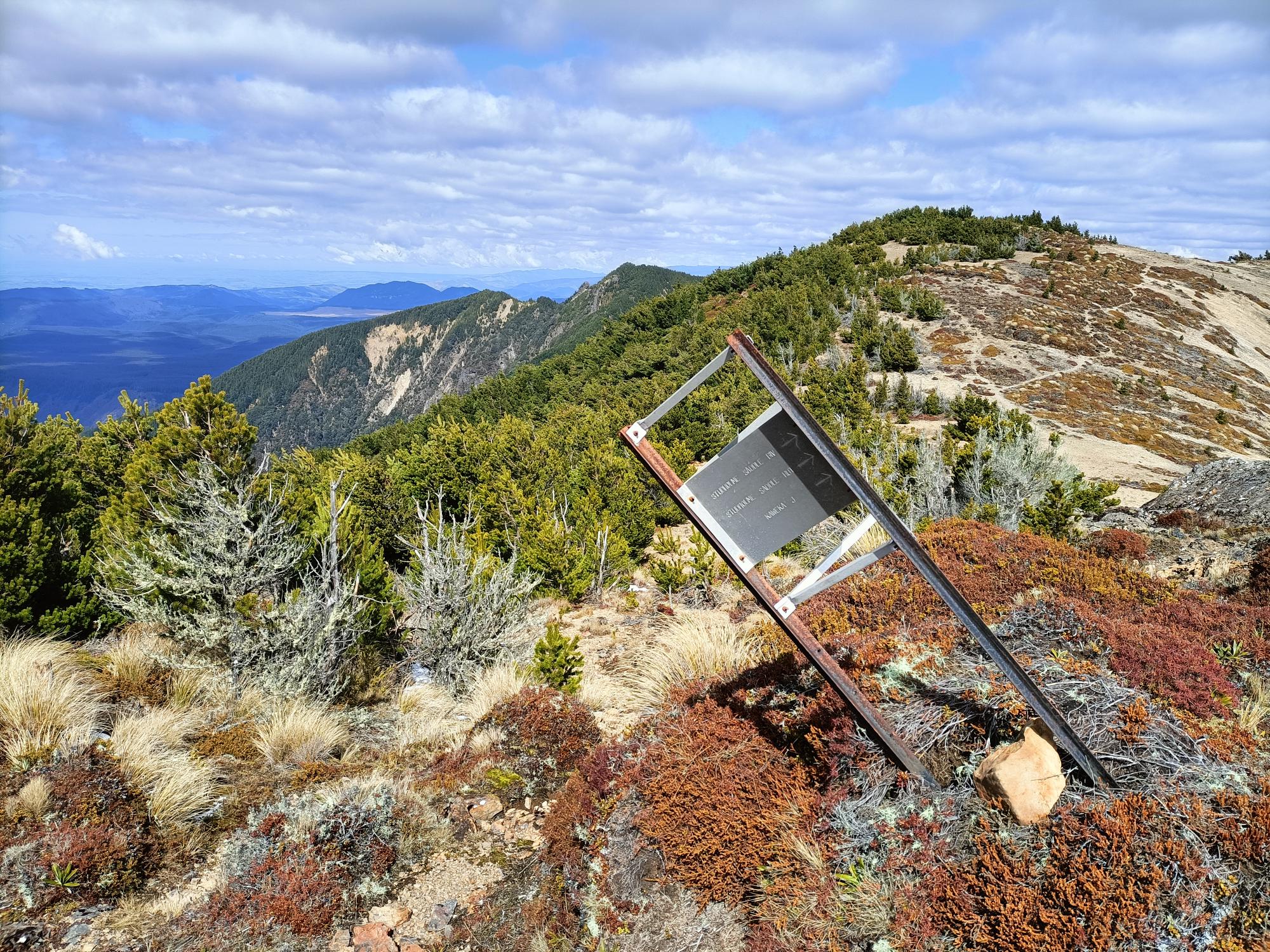 It was a sunny, windless Spring day – and it turned out to be an outing that was happy for most; but it also led to a rescue operation that revealed a few issues for the club.

Seven departed Park Island on time and stopped at Fernhill to pick up Di, Barry and Anne. We had decided on an anti-clockwise tramp to avoid wet feet until the final stages.

Morning tea break at Mackintosh Hut, before we split the party

Everyone halted at Mackintosh Hut for morning smoko and a re-group. Di and Anne decided they would take the lower track around to Lakes car park.

The rest set off up Mackintosh Spur with the five faster trampers taking the lead and Juliet, Geoff and me enjoying a slower pace – with stops to admire the scenery.

It was a steady climb up, encountering patches of snow along the way. The Studholme Saddle/Kaweka J sign (which was leaning on a drunken angle) is at the top of the spur, from where we headed south-west to reach Kaiarahi (1507). 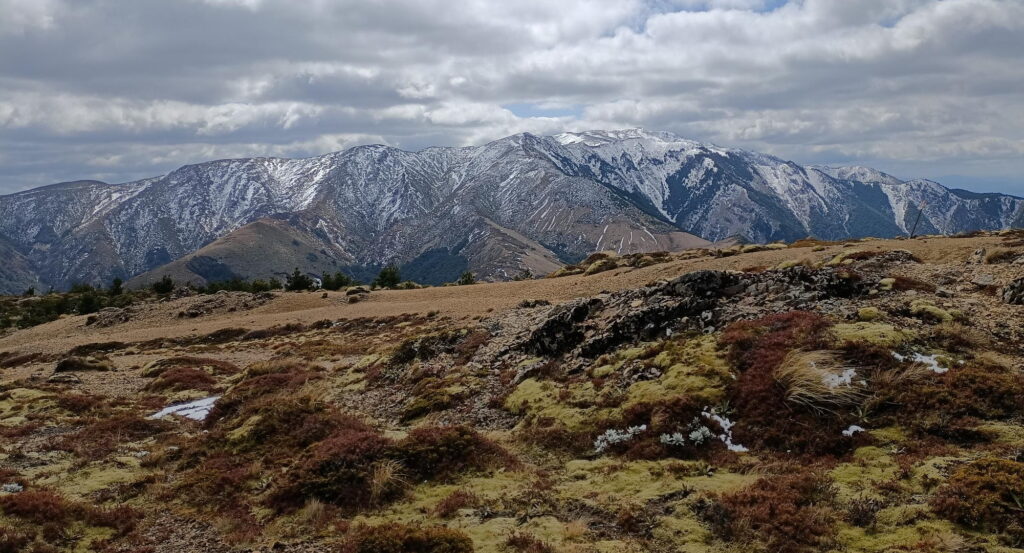 The temperature dropped and the wind picked up, so we opted for a lunch stop. It was almost midday. The views over to the ranges were stunning, with snow on the tops. I admired the vegetation with its alpine grasses and differing shades of ground-hugging plants. It was a lovely vista while munching on lunch.

We followed the ridgeline past the Tits and Cooks Horn and stopped for a bird’s eye view of The Lakes, before the descent from The Rogue to join the old Kaweka Hut (long burned down) Track. 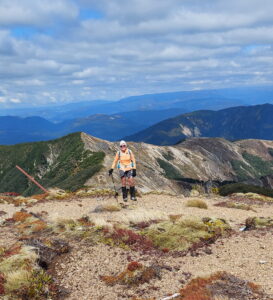 Sue, with the track heading south around to ‘The Rogue’

But in the meantime, our two companions on their alternative route had run into trouble. One had suffered a couple of nasty falls and, finding themselves unable to continue, they had triggered a personal PLB to alert the rescue services. Our party saw the Search and Rescue helicopter overhead. We crossed the Tutaekuri River (not running fast or high) and then there was the plod back up the road, arriving back at the van around 3pm.

Di takes up the story:

Anne and I decided to do the lower track back to Lakes car park instead of going to Kaiarahi and back down Rogue Ridge. On our way, we saw a big pig! He scarpered when I said I wasn’t vegetarian.

But then we ended up on the wrong track, heading for the Tits. We hadn’t gone far along it, turned round and couldn’t see the correct track so decided to drop down to the stream and follow it along and climb up. We could see the track and began our climb, getting very close. The soil became very unstable, the larger rocks were loose and the incline was very steep. Whichever way we went, we were putting ourselves at risk, and it was a long way down if we fell. We agreed to activate the PLB. We dug our heels in, braced ourselves making it as safe as possible, and waited.

The rescue helicopter returns with our two friends

The helicopter was only 40 minutes and saw us easily, then flew away! We found out afterwards they went to a flat area and unloaded the stretcher, making more room inside the helicopter. They soon returned and we experienced the huge down-draft of the rotor blades before being winched up; what a relief!

We collected the stretcher and they landed at Lakes car park so we could go home with the rest of the group.

A huge thank you to the rescue crew who did a marvellous job – and I’ll do my best not to create a situation again.

Aranga Hut On Saturday 14 January the tramp was changed to a loop in the Northern Ruahine Range. … END_OF_DOCUMENT_TOKEN_TO_BE_REPLACED

Aranga Hut On Saturday 14 January the tramp was changed to a loop in the Northern Ruahine Range. … END_OF_DOCUMENT_TOKEN_TO_BE_REPLACED