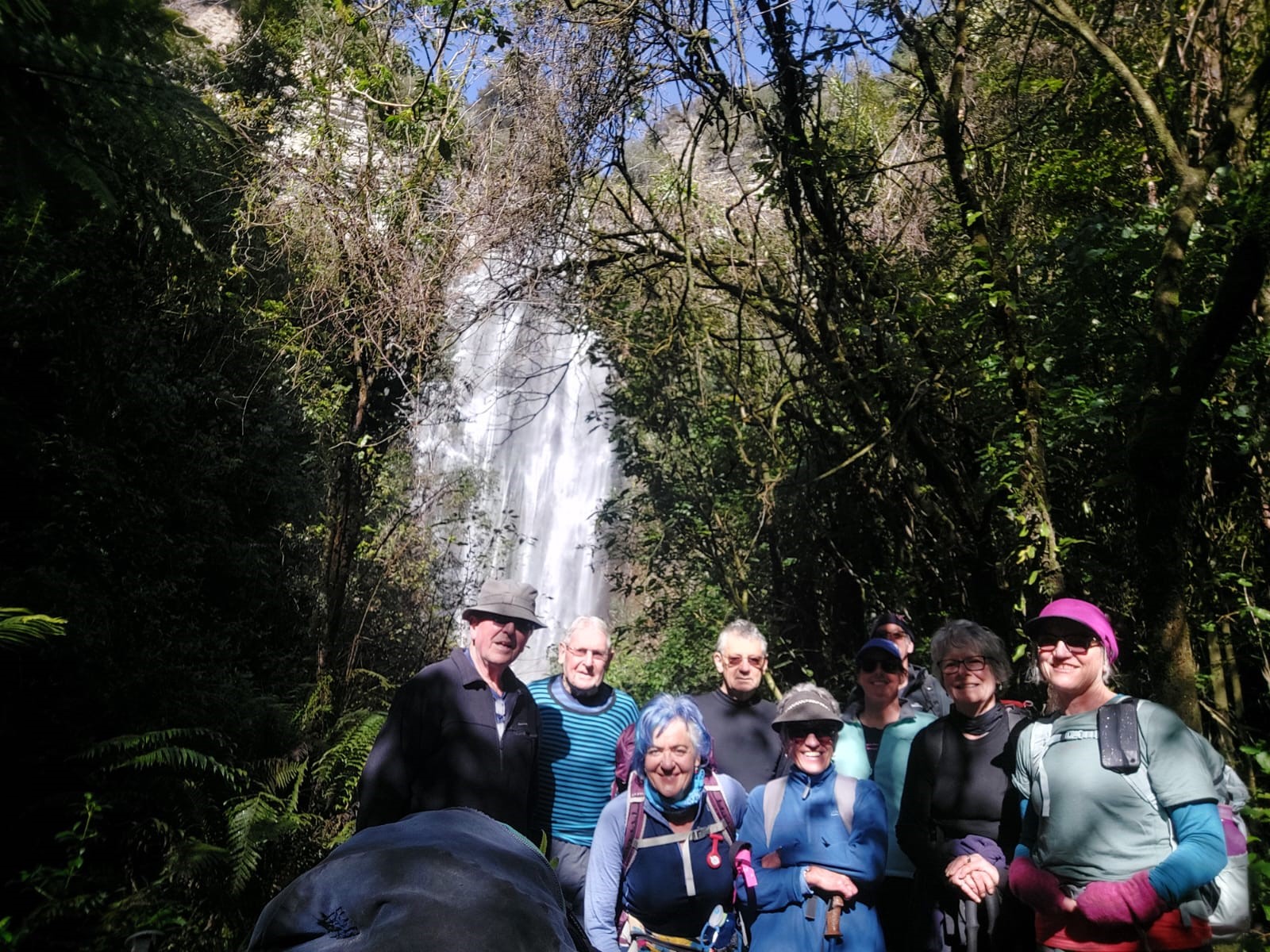 Nine of us set off on a very frosty morning from Park Island to commence our tramp from Shine Falls car park. The drive there was picturesque with snow right down on the ranges.

Six of us were heading off to Pohokura Rd after visiting Shine Falls and the other three returning to the car park after viewing the falls as they had generously offered to take the van around and meet us. 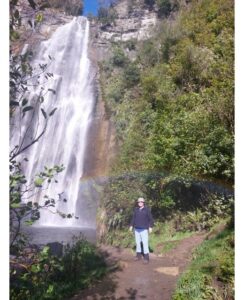 When we left the car park at 8.40am, it was almost balmy! We arrived at Shine Falls at 9.10am. The falls were stunning, with a rainbow to top it off.
Six headed up the hill through a beautiful area full of rewarewa. It was muddy in places and the stream was fuller than anticipated – so there were some wet feet. Birdsong was spectacular and we saw toutouwai (robins), kereru (wood pigeon), piwakawaka (fantails) and tui. Unfortunately there were no kokako – maybe next time…

Morning tea became a yoga challenge and that was clearly not a strong point in the group.

On we went, arriving at Pohokura Rd at 12.30pm. Just before the exit, we passed a magnificent matai tree. There were some pockets of snow at the top of the track and on the road – cold and beautiful.

The other three were there to meet us and had walked the Tumunako loop, enjoying the beautiful bush. 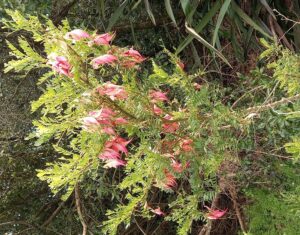 After lunch, we took a stroll around Lake Opouahi. Volunteers from ECOED were preparing the area for two kiwi chicks arriving in a few weeks’ time. They are supporting the Save Our Kaweka Kiwi project.

There had also been a problem with large flocks of starlings that could bring disease to the area; so guns and bird scarers had been used to frighten them off.

Alas, our hopes for ice cream at the Tutira store were dashed. It was closed. We were back in Napier by 3pm. What a fantastic day with great company. Thank you to Kelvin for organising our tramp and making it fun.

Mackintosh Hut/Rogue Ridge, Kaweka FP, Saturday 17 September 2022 Banner Photo: The leaning sign at the top of Mackintosh Spur It was a sunny, … END_OF_DOCUMENT_TOKEN_TO_BE_REPLACED

Shine Falls, Local, Wednesday 7 September 2022 Banner Photo: Group selfie and the falls Nine of us set off on a very frosty morning from Park … END_OF_DOCUMENT_TOKEN_TO_BE_REPLACED

A-Frame to Stanfield Hut, Ruahine FP, Saturday 3 September 2022 Banner Photo: At the A-Frame Hut We had a full vanload booked to do this trip. … END_OF_DOCUMENT_TOKEN_TO_BE_REPLACED