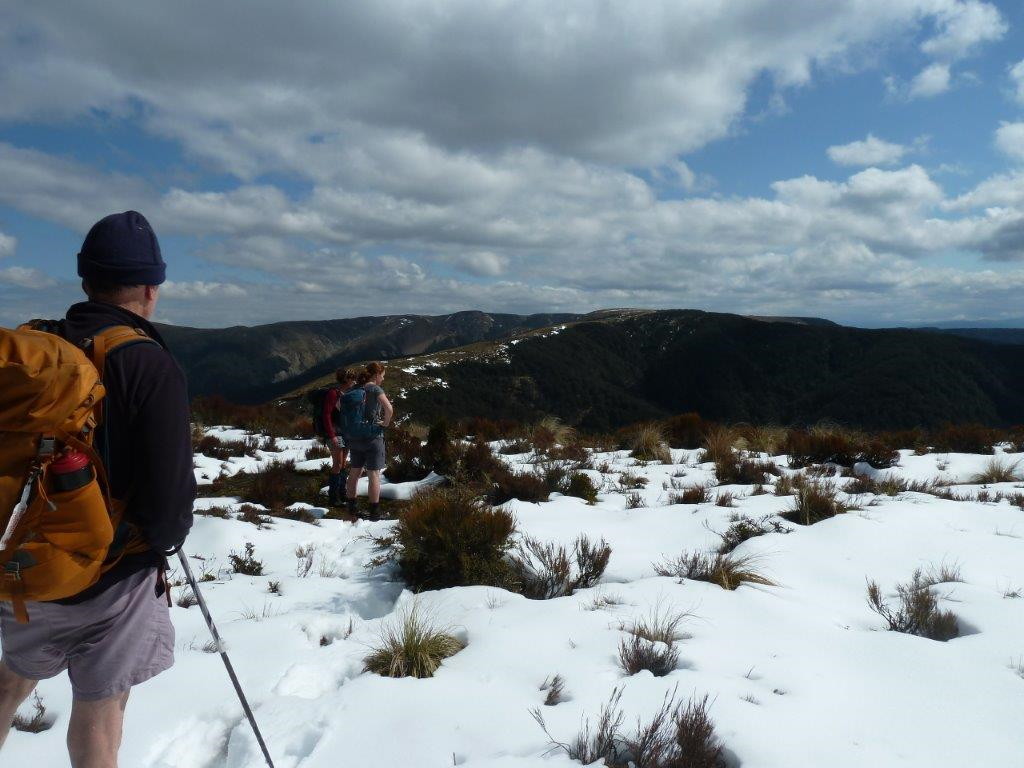 It was great to be out on a glorious morning, after nine days or so of very bad weather. The van picked up Rosemary at Fernhill and made its way south, past Kereru Station and onto Mangleton Road, arriving at the Masters Shelter car park round 8.30am.

The climb up Golden Crown Ridge to the track junction is steep at the start and then flattens a little into a steady climb to the tops junction. The tracks head either to Parks Peak Hut (south) or to No-Mans (north) along the tops. The group split up into those who wanted to reach No Mans Hut and the slower party which only went to the junction. 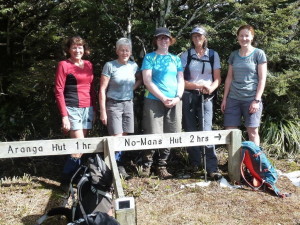 The “girls” at the No-Mans junction 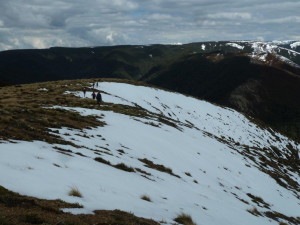 The open tops heading towards “No-Mans”

The fast party reached the junction in two hours, resting at the “ No Mans” sign – appropriate, because it was mainly an all-girl group.

With John and Murray in tow, the girls headed north but soon encountered snow; not much at first, but when out on the open tussock slopes, the snow became deeper. It was hard work and progress was slow. The snow was knee-deep in places.

At 12.30, we stopped for lunch and – after consulting the map and GPS – we discovered we still had another one and half kilometres to reach the hut. The snow would make this even slower-going, so we decided to retrace our steps. It wasn’t long before we arrived at the signpost and started our descent to the car park.

Apart from Murray suffering an attack of cramp, the walk down was uneventful and we arrived back at the van by 3.45pm, after an enjoyable day out.