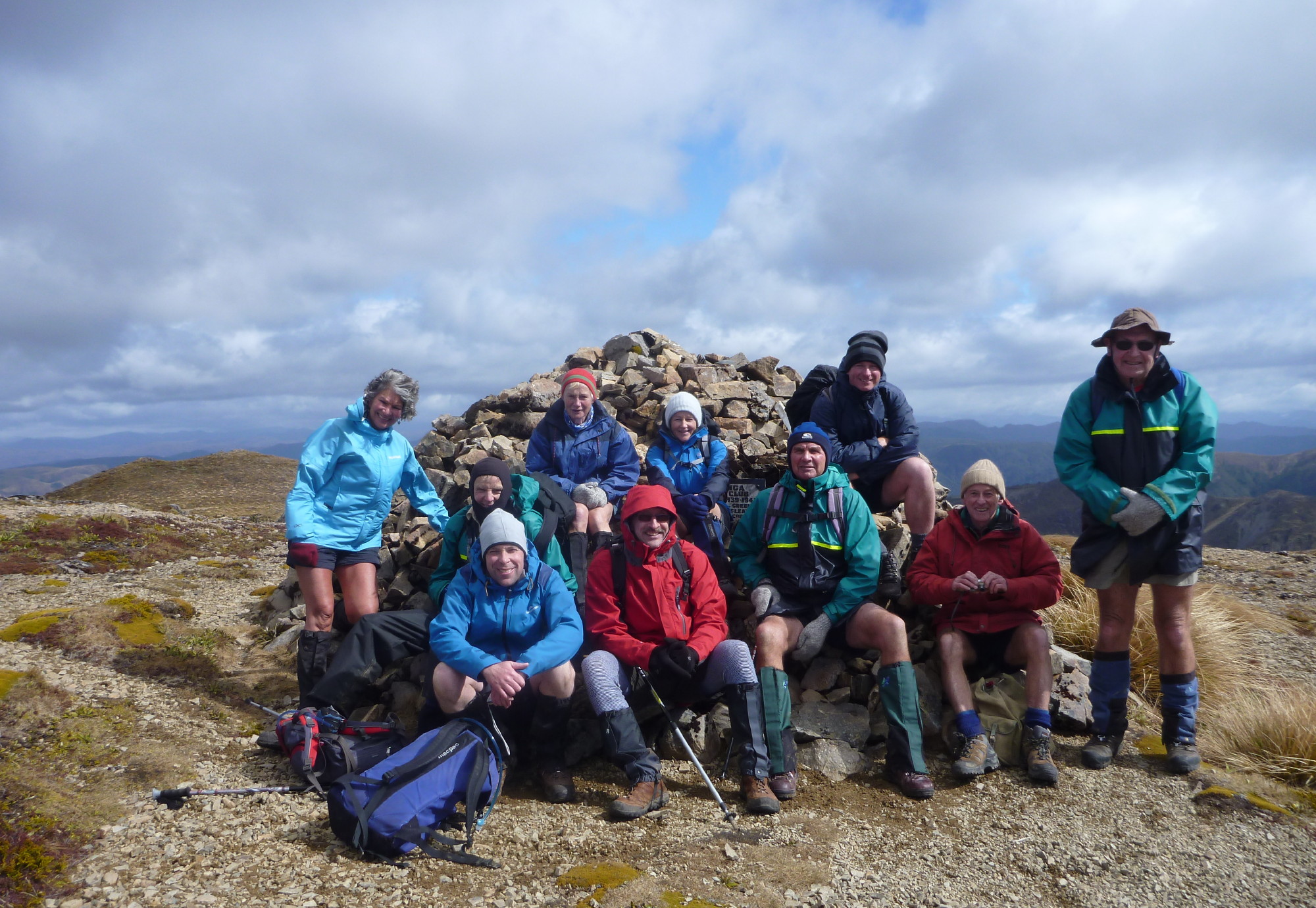 We had a big group out for the tramp, and early in the week the weather forecast looked good. But as the week wore on, it got progressively worse. Not put off, 19 started for Kaweka J, with John Marshall and Ray Slavin doing their own thing. 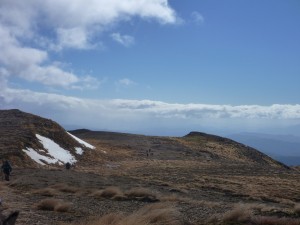 We soon spread out, and the wind became stronger the higher we climbed. At Dominie Bivvy, we all put more layers on, and filled up water bottles from the tank. A brief flurry of light drizzle passed through, and the tops looked clagged in, but ten of us continued on to the top. The wind was fierce but we all managed it, and huddled behind the memorial cairn for the photoshoot. This proved a little difficult, as my camera would not stay still on the gorilla pad, but with added protection from some rock and perseverance, we got the picture. We all look a little chilled, but I think we can truly say we deserve our certificates. 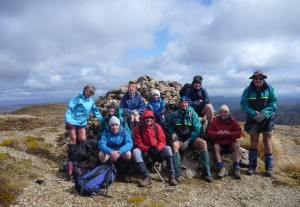 Alison and Colin went back down the same way, to pick up any stragglers who might still have been making their way up, and the rest of us descended via Don’s Spur. The wind had become stronger, so we saw Ted perform some quick-steps when the gusts were particularly strong.

The pinus contorta seems to be growing well on this spur. When you look back up, you can see a very clear line where the wind must make it difficult for the seed to take on the spur. You can also see a very big old slip.

We re-entered the scrub, then bush to make our way down to Don’s stream. We made our way back to the Makahu Saddle car park, and then decided to have our lunch on the lawn by ‘The Chalet’. We had made it up and down by 12.15pm.

The trampers who had descended from Dominie Bivvy walked along the Kaweka Flats track for a way, before returning back to Makahu Saddle Hut for their lunch.

To cap the day tramp off, we popped into the Kaweka Cafe on Puketitiri Road, which we had arranged to be open for us, and had another coffee and carrot or chocolate cake. Thank you to Sue Martin for organising this.

A year in the life of a GuideOn June 3, Graham Leech gave a presentation at the club meeting … END_OF_DOCUMENT_TOKEN_TO_BE_REPLACED

A year in the life of a GuideOn June 3, Graham Leech gave a presentation at the club meeting … END_OF_DOCUMENT_TOKEN_TO_BE_REPLACED