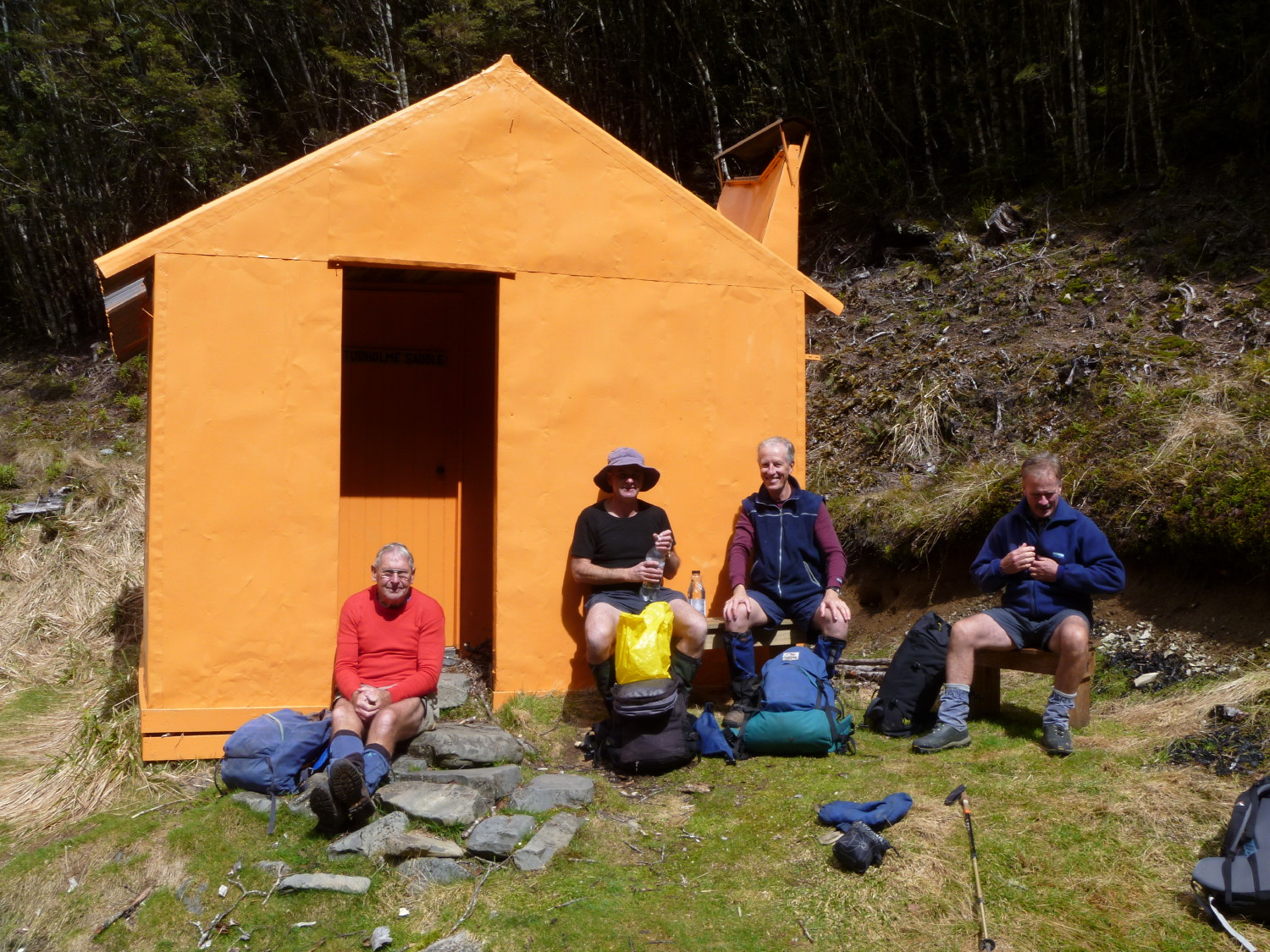 At Kaweka J, group photos were taken and then we divided into groups, ours setting for Mad Dog Hill at about 10.30. We could see some rain clouds in the distance and there was a cool wind. 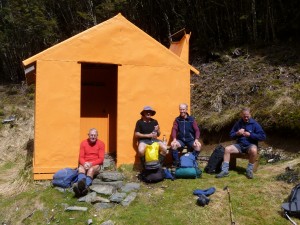 The first part was an easy descent. Further on, the drop-off grew steeper. A signpost showed where to turn off to the hut, and we could see a patch of bush where hut lay, but it was concealed by bush. After a steep drop-off out in the open, part of it on a shingle slide before entering the bush, we spotted the hut through the trees and soon arrived at the tidy four-bunker. We sat outside on the hut stools for lunch, before Johnny Dobbs suggested we should be getting back so as not to keep others waiting.

It was a steep climb up to Mad Dog Hill, after which the going got easier, and we were back at the J after about 70 minutes. We headed down the usual route, catching up with Vic who was cruising along, savouring the moment.
At the track junction, we decided not to go down the normal Trials Spur but down Makahu Spur instead. We could see a bright orange pack cover in the distance. It was Colleen’s friend Di, who was with her and Paul.

We were back at the van at about 2.20pm, and the others turned up about 20 minutes later, having come via North Kaweka and Boulder Stream.