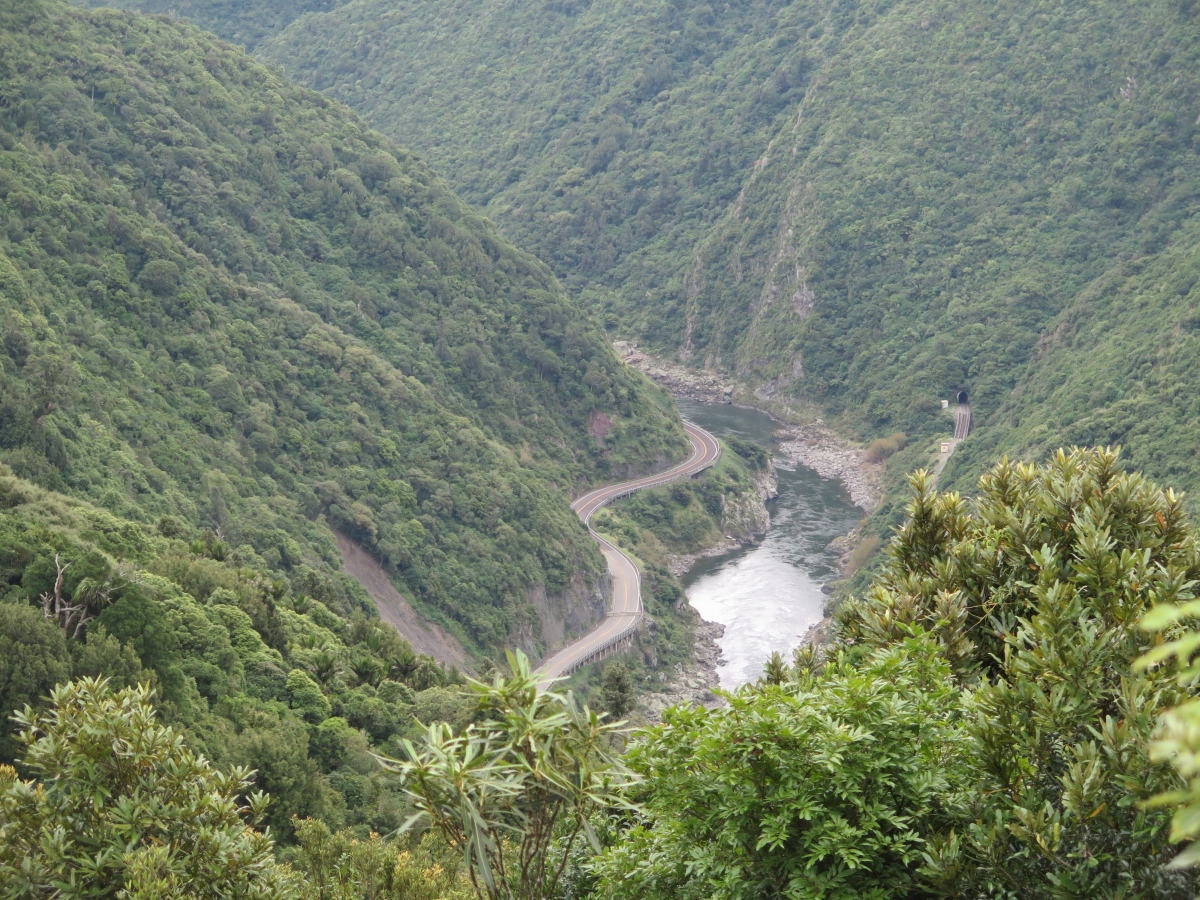 There were 14 of us, ten in the van and four in a car, heading off to walk the Manawatu Gorge Track. And it was a gorgeous day: sunny and very warm, with little wind.

We arrived at the Ballance Road DoC car park at 9.45 and the plan was for the majority to walk one way only and be picked up at the other end by the van. Two trampers of the Greyhound Variety felt they could make a return trip if time allowed or at least turn round when time ran out. The car was left for their return.

The van with three on board then went to the western end via the Saddle road and Ashhurst. The intention was to walk in to meet the main group and then turn around. That end of the road and car park area is having major works carried out, with entry gates similar to Te Mata Peak, giving daylight access only to the track. A high-level new car park is being constructed. 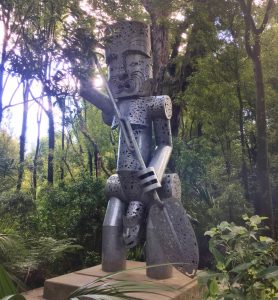 Several of the group had not done this tramp before, so time was taken to detour to visit the lookout points and the close-up of one of the windmills. The giant stainless steel Maori warrior that overlooks the gorge has had his oversized and over-proportioned (I think) manhood restored since it was vandalised some time ago by an offended volunteer track worker.

There was lots of birdlife to listen to and see, a pleasant change from some of the areas we tramp. The track is in excellent condition. For a mid-week day, there was also quite a number of other users.

Someone estimated the time to traverse the track, one way, was two and a half hours. In reality, it was more like four. With a full vanload, we headed back over the Saddle Road to rendezvous with the Greyhounds who had almost completed a full return trip.

From there it was non-stop to Dannevirke and the Black Stump Café for a coffee (and, for some, a late lunch). Thanks to Sue G for providing the extra transport.

Aranga Hut On Saturday 14 January the tramp was changed to a loop in the Northern Ruahine Range. … END_OF_DOCUMENT_TOKEN_TO_BE_REPLACED

Aranga Hut On Saturday 14 January the tramp was changed to a loop in the Northern Ruahine Range. … END_OF_DOCUMENT_TOKEN_TO_BE_REPLACED