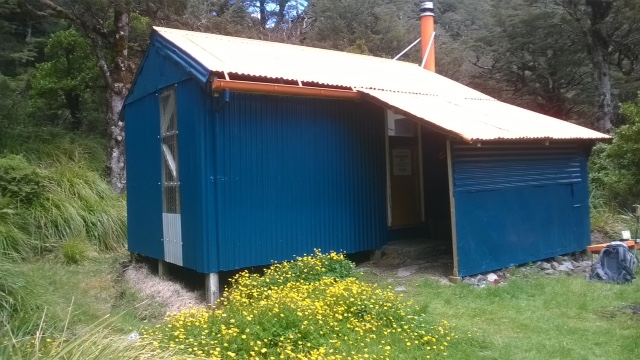 Waikamaka Hut via Waipawa Saddle, Wednesday 21 January 2015
Map: BK36
That’s referring to the track alongside the upper reaches of the Waipawa River. It was cut (or recut) last year and makes such a big difference to the ease and travelling time along those sections of the river. We were probably travelling faster than traffic at peak times in Auckland, but, no, it is not a motorway. Many thanks to those who did the work.

The forecast was for showers, some heavy, developing into rain late afternoon with a southerly change. They got the second part right but we were dry (above the knees) all day. The rain started on the way home in the van.

We arrived at the river car park at 9.00 after dropping Murray off at Triplex, as he was going up to Sunrise and points beyond. Vic and Ken were to go at their pace up the river until lunchtime and then return, whilst John went off to do his own thing and also ended up at Sunrise. 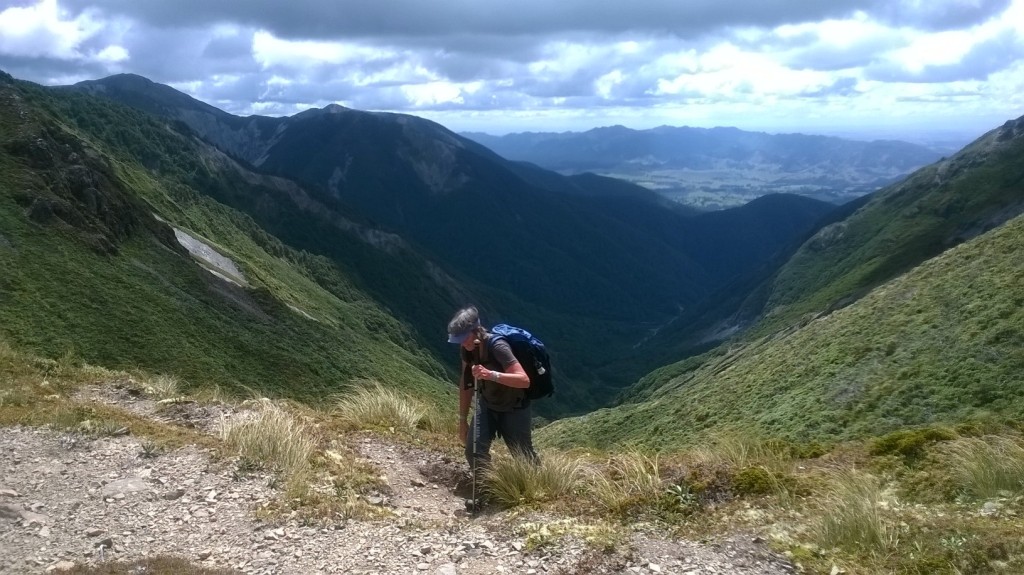 The plan for the remaining group was to get to the saddle in time to allow the extra time to drop down to the Waikamaka Hut and return for lunch back at the saddle. We arrived at the saddle at 11.45.

Four of us made it all the way to the hut, a first for three of us. Dorothy got to the saddle, a first for her after several previous attempts thwarted by weather and time.

The climb down to the stream from the saddle was a bit testing, with the need to hold on while sidling along a loose drop-off. But we were very brave and managed it okay. It took 45 minutes to get there. The hut was clean and tidy and well placed at a junction in the streams. It has recently been repainted by Heretaunga Tramping Club, who own the hut. After a short break, we filled in the hut log book and set off back to the saddle. This time it was much easier because, although we were climbing, we had the benefit of hand-holds to get up the loose track. Return time was about the same.

The return trip down the river was uneventful; there were some ominous-looking clouds that didn’t turn into rain and a cool breeze towards the end, which was a welcome relief. Robyn and Keith took time out to look at Waipawa Forks Hut for the first time.

We got back to the van at about 4.15 with all present and accounted for.
Phil had already left to go back to Waipukurau, as work was calling.

Aranga Hut On Saturday 14 January the tramp was changed to a loop in the Northern Ruahine Range. … END_OF_DOCUMENT_TOKEN_TO_BE_REPLACED

Aranga Hut On Saturday 14 January the tramp was changed to a loop in the Northern Ruahine Range. … END_OF_DOCUMENT_TOKEN_TO_BE_REPLACED